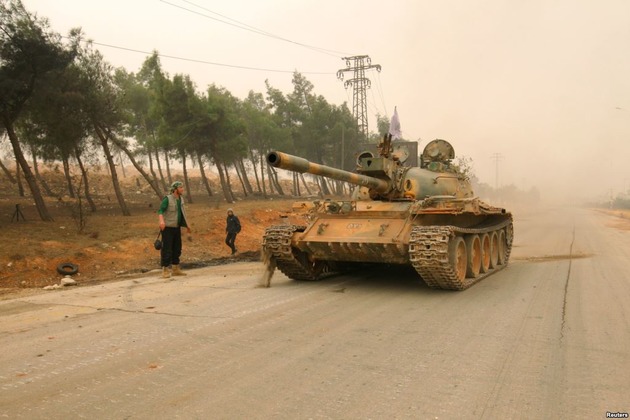 Syrian insurgents are maintaining a push into government-controlled areas of Aleppo, using artillery, car bombs, and tanks to advance into the western part of the city.

The drive on October 30 comes on the third day of an insurgent offensive that aims to breach a government siege on Aleppo's rebel-held eastern districts, apparently aiming to push out government troops from frontline areas.

Meanwhile, Syrian government forces said they launched a counteroffensive on October 30 under the cover of air strikes in an attempt to regain control of areas they had lost to insurgents the day before.

The Britain-based Syrian Observatory for Human Rights on October 30 said the past three days of fighting has killed at least 41 civilians.

United Nations Envoy for Syria Staffan de Mistura's office said on October 30 that he was 'appalled and shocked by the high number of rockets indiscriminately launched' on civilian suburbs of government-held Aleppo.

'Those who argue that this is meant to relieve the siege of eastern Aleppo should be reminded that nothing justifies the use of disproportionate and indiscriminate weapons, including heavy ones, on civilian areas and it could amount to war crimes,' de Mistura said.

Based on reporting by AP and AFP