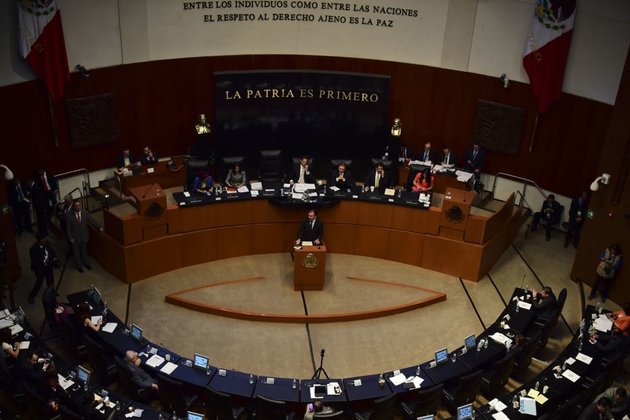 MEXICO CITY - Mexico's Senate approved a bill to strengthen the rights of trade unions on Monday, one of the final steps towards enacting a law that Democratic U.S. lawmakers have insisted must pass before they can proceed to a vote on the revamped North American trade pact.

The bill, which was passed by the lower house earlier in April, enshrines the right of Mexican workers to organize and gives them more control over their contracts.

House Speaker Nancy Pelosi, a Democrat, had called on Mexico to enact the legislation, saying U.S. Congress could not even begin to take up the pact unless Mexico put the new law in place.

Democratic lawmakers say the new United States-Mexico-Canada Agreement (USMCA) must ensure workers in Mexico have the right to unionize, a step that requires new labor laws.

Shortly after passage of the bill, U.S. Trade Representative Robert Lighthizer weighed in with a vote of confidence for the legislation.

'These reforms will greatly improve Mexico's system of labor justice and are exactly what labor leaders in the United States and Mexico have sought for decades,' he said in a statement.

He added that President Donald Trump's administration will work with the U.S. Congress and Mexican government to 'ensure these reforms are implemented and enforced.'

Critics of the 25-year-old North American Free Trade Agreement, which USMCA would replace, argue that it allowed Mexican wages to stagnate.

The legislation now heads to Lopez Obrador, who has previously voiced his support for the measure, for his signature.