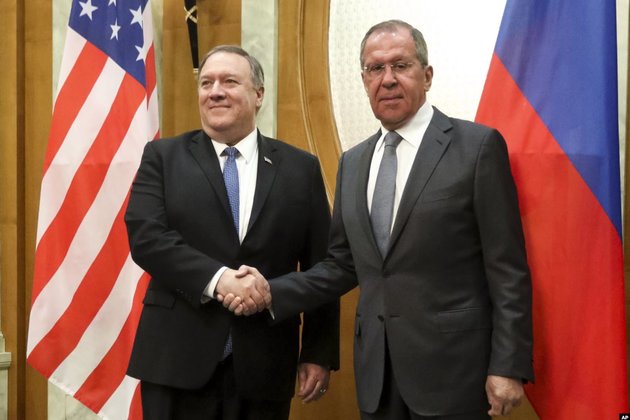 MOSCOW - U.S. Secretary of State Mike Pompeo said nearly two hours of meetings Tuesday with Russian President Vladimir Putin and Foreign Minister Sergey Lavrov about 'nearly every issue facing our two countries' were productive, though there appeared to be no major breakthroughs.

The United States and Russia both have interests in a number of ongoing global issues. But they often find themselves on opposite sides, even if they share a stated basic goal.

One such situation is the conflict in Syria, where Russia has supported President Bashar al-Assad's forces, while the United States has backed rebels who want to see Assad out of office. U.S.-Russian efforts to bring a U.N.-brokered end to the war that began in 2011 fell apart in 2016.

But Pompeo told reporters Tuesday he thinks U.S. and Russian officials 'now can begin to work together' in a way to begin the process set out in a U.N. Security Council resolution that calls for a Syrian-led political transition with a cease-fire, new constitution and elections.

'I'm not sure we have all the capacity of that, but I think we now have a common understanding of the places where we were hung up, which I think we can work our way through,' Pompeo said after the talks at Russia's Black Sea resort of Sochi.

He also expressed hope the United States and Russia can work toward what he says he believes is a common objective of a denuclearized North Korea.

Other topics for Tuesday's meeting included Iran, Ukraine and Venezuela.

At a joint news conference with Lavrov following the talks, Pompeo said the United States is willing to rebuild its relationship with Russia, but it expects its Russian counterparts to act on it with all seriousness.

'President Trump's made it clear that his expectation is that we have an improved relationship between our countries. This will benefit each of our people. And I think that our talks here today were a good step in this direction,' said Pompeo.

Putin said he had spoken to U.S. President Donald Trump several days ago, and he got the impression that Trump indeed 'intends to rebuild U.S.-Russian relations and contacts in order to solve the issues of mutual interest.'

'On our behalf, we have said it multiple times that we also would like to rebuild fully fledged relations, and I hope that right now the conducive environment is being built for that,' Putin said to Pompeo.

Putin then brought up the special counsel Robert Mueller's investigation into Russian election interference by calling it 'exotic work.' Putin denied any collusion between his government and the current U.S. administration.

Earlier, during the joint press conference after talks with Lavrov, Pompeo issued a few stern warnings to Russia, saying it should refrain from interfering in the 2020 U.S election, free captured Ukrainian sailors and try to make peace with Ukraine.

He also said the two sides disagree on Venezuela and urged Russia to end its support for President Nicolas Maduro. The United States and 50 other countries have recognized opposition leader Juan Guaido as Venezuela's interim leader.

Experts said the meetings in Sochi demonstrated that even in cases when U.S. and Russian interests overlap in certain parts of the world, it should be viewed as a mere coincidence, rather than a pattern.

'We are talking about some situational convergence, and not about a unified vision of the global picture,' said the head of the Russian International Affairs Council, Andrey Kurtunov.

Pompeo's trip comes a few weeks ahead of a Group of 20 summit meeting June 28-29 in Osaka, Japan, with both Putin and President Trump expected to attend. Trump said on Monday he will meet with Putin on the sidelines of the G-20 summit. 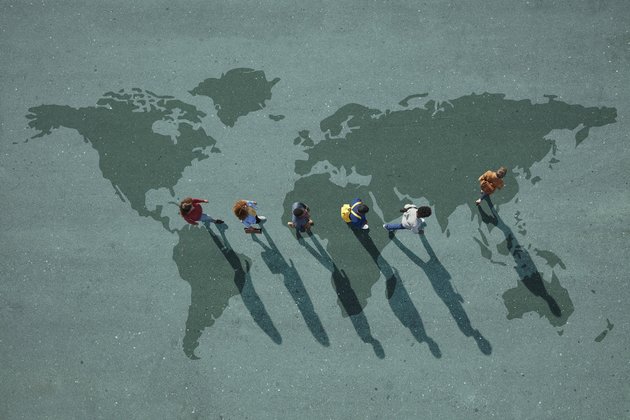 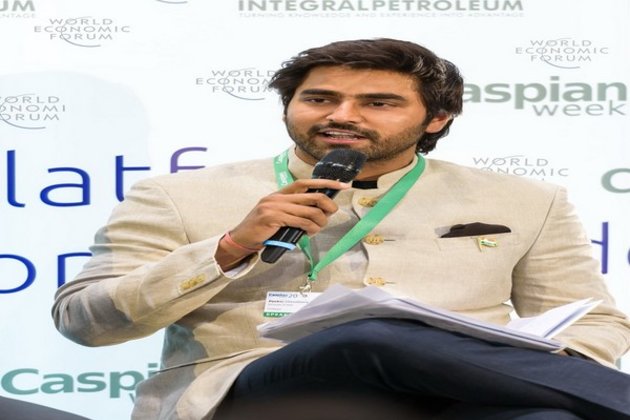