10 most popular Telegram channels to get inside the Russian mindset 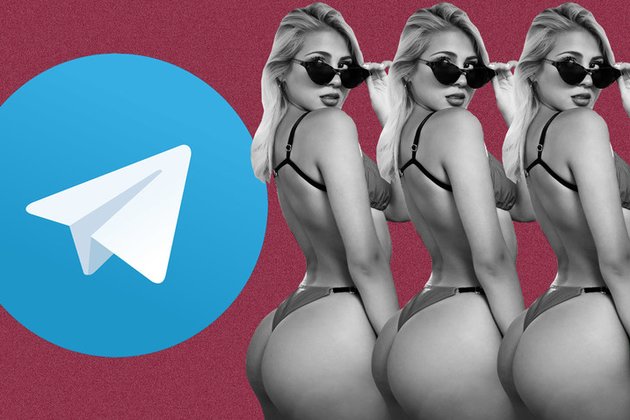 Pixabay; Russia beyond Telegram's Russian audience hit 30 million users in summer 2020, or around 20% of the country's population. Here's the best of what's going on in the most popular Russian-language channels.

"WTF? I'm gonna get you!" Shouts a trolleybus driver and accelerates toward a man who has just rolled naked over the hood of a taxi on a Moscow street. Seems like he photographed more of the unclad body than he might have liked.

The most popular Telegram channel in Russia is dedicated to short trash videos, such as Japanese ice scream-swallowing competitions. Oh yes, nearly forgot, and lots of videos of accidents, rapes, and murders - just some of the delights to be found in this community.

Each video gets more than 100,000 views. Not recommended for the faint of heart.

"Acquaintances come and go, but best friends are forever" - Quotes in the style of Tony Robbins are often used as captions to photos of Russian Instagram models. They don't come up with such aphorisms themselves, of course, but usually pinch them from this channel.

Each post reaches about 200,000 views. Besides quotes, there are stylish photos with bouquets of roses and Mercedes against the backdrop of the Moscow-City business center, which you can add to your stories to imitate a luxury lifestyle.

If the top-ranked Telegram channel is a repository of trash videos, then Mash is a reservoir of trash yellow press news. Anyone interested in how a woman from Dagestan died of excitement at her wedding, how a 40-year-old Muscovite gave birth to her 14th child or why a black magician ended up in court should subscribe.

True, its main content most recently has been memes of Belarus President Alexander Lukashenko, whose re-election in August 2020 provoked month-long, still ongoing protests by the opposition.

This channel shares short viral videos popular on YouTube. Checking in for the first time, you might expect to find new video clips, gossip about bloggers and smartphone reviews, but you'd be wrong!

If the leader of Fight Club decided to break the first rule and tell everyone about it, this is probably what the community channel would look like. Fights among soccer fans, fights with cops, fights with schoolgirls - even fights with animals... Tyler Durden would love it.

One of the main archives of Russian memes, trash videos and reactions to the day's main talking points. The name itself is an indicator of the content (MDK stands for mudak, which loosely translates as "douchebag", only ruder).

The MDK community on the Russian social network VKontakte has faced at least five attempts to get it blocked in the courts - for insulting religious feelings, for jokes about the death of a Russian singer and for memes about terror attacks and the Euromaidan protests in Ukraine in 2014.

But blocking the "douchebags" has so far proved unsuccessful.

Are you a girl who enjoys driving men crazy? Always telling them about their shortcomings, acting stroppy, never doing what they want? And remember - you don't have to prove your worth. They do!

This channel is a unique how-to guide for seducing and keeping men on a leash for its half-million-strong (presumably mostly female) audience from an anonymous author, who goes under the pseudonym 'Favorite Bitch'. "She" promises to bring out the "alpha woman" in you, explaining that "a woman breathes with only one man; all the rest she uses as artificial respiration". No comment.

A collection of rib-tickling (and at times terrifying) videos from around the globe. Thanks to this channel, we now know what will happen if you climb onto the roof of a moving car and why riding a scooter in India always resembles an action movie!