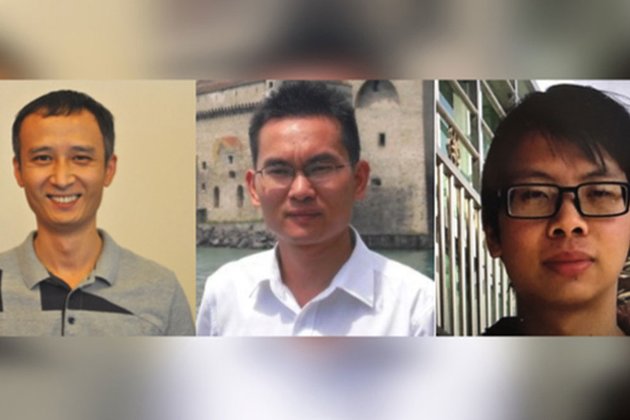 Cheng Yuan, Liu Dazhi, and Wuge Jianxiong were indicted in secret for "subversion of state power" by prosecutors in Hunan's provincial capital, Changsha, on June 24.

They were tried behind closed doors at the Changsha Intermediate People's Court last week.

Their families weren't informed of the trial until afterwards, they told RFA.

Cheng's wife Shi Minglei said she had only discovered that the trial had already happened when she called the court on Sept. 11 for an update on her husband's case.

An official said the trial had taken place, and had been "open to the public," but a second official who attempted a search of court records for the trial said it had returned no results.

"They confirmed that the trial was held last week. They didn't tell me the outcome," Shi told RFA.

"When we went to the court to ask about the outcome of the trial, they couldn't find the case at all in the system," she said. "How can they call this a public trial?"

Shi rejected the charges against her husband and the other two defendants.

"None of the work or activities undertaken by the Changsha Three was criminal in nature," Shi said. "They have no evidence or material facts [to back them up]."

Shi said government-appointed lawyers wouldn't dwell on the lack of evidence against their clients.

"This trial was held secretly so as to cover up the illegal methods [they are using]," she said.

The three defendants have been denied meetings with attorneys hired by their families since being detained on July 22, 2019.

The lawyers were told in March this year that the defenders had "dismissed" them and that the government had assigned them government-funded lawyers.

The families said they believe that the lawyers were fired under duress, and said they have had no contact with the government-appointed lawyers.

"They must have used means we don't know about to force the defendants to dismiss the lawyers hired by their families," Xie said.

He said the court may also decide to issue the verdict and sentence in secret.

Authorities in China have repeatedly put pressure on political prisoners to accept government-appointed lawyers, and to achieve a more lenient sentence by "confessing" to the charges against them.

In some cases, they have issued letters "firing" the defense attorneys hired by their families.

Changsha Funeng founder Yang Zhanqing, who is now in the U.S., said the Changsha Three were detained as part of a general crackdown on the organization.

Yang has said that the main reason the authorities had targeted the three men was the fact that their rights work had received overseas funding, which the ruling Chinese Communist Party regards as "collusion with hostile foreign forces," and a threat to its national security.

Reported by Gao Feng for RFA's Mandarin Service, and by the Cantonese Service. Translated and edited by Luisetta Mudie.