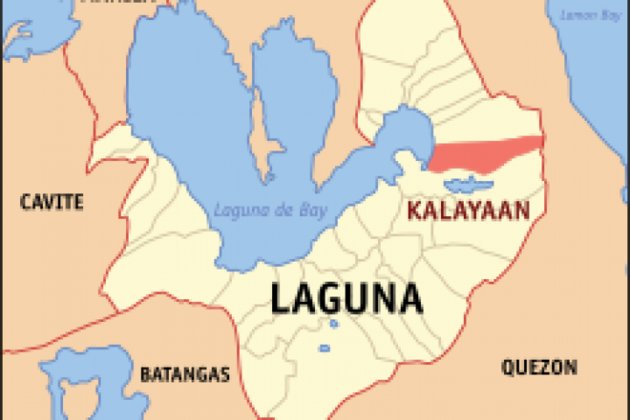 "Such accomplishment is a result of the series of localized negotiations which soldiers and police have undertaken in coordination with the LGUs and other agencies in CALABARZON region thereby contributing towards the attainment of our goal of ushering lasting peace," ended P/BGen Danao.

Brigadier General Alex Rillera, Commander of the 202nd Infantry Brigade which has operational jurisdiction over Northern Quezon, said in his report that the former rebels belongs to the NPA's Sub Regional Military Area or SRMA 4A and 4C which operates in the boundaries of Batangas, Cavite, Rizal, and Quezon.

BGen Rillera assured that "all NPA terrorists who chose to abandon armed struggle will be treated by our soldiers humanely and with dignity which is contrary to what the underground movement has been indoctrinating to their members, however, those who will insist to stay on the path of terrorism must be ready to suffer tragic ends which peace spoilers are destined to meet."

The former rebels will undergo debriefing and profiling as part of the enrollment process to the government's Enhanced Comprehensive Local Integration Program or E-CLIP wherein a former rebel could receive up to Php 700,000 worth of grants and reintegration packages after turning their backs from the armed struggle and rejoin the mainstream society.

BGen Rillera ended his statement by expressing his confidence that "the NPA's manpower and firearms as well as mass base support in this part of the country is now fast-eroding and losing traction due to demoralization from our relentless intelligence-driven combat operations complemented by unrelenting push for localized peace talks thereby slowly but surely dismantling the remaining communist machinery in the region."

The names of the surrenders are being withheld as part of the security protocol being implemented to prevent possible retaliatory actions that may be launched by their former comrades against them for turning their backs to the underground movement.

Major General Greg T Almerol, Commander of the Philippine Army's 2nd Infantry Division lauded the former rebels "for responding and joining the government in its quest towards peace, prosperity, and development in this part of the country."

He also congratulated Southern Tagalog Regional Task Force to End Local Communist Armed Conflict or RTF-ELCAC at all levels for the "unconditional support and unwavering trust to the government forces on the ground in attaining our common aspirations to bring the much coveted peace and progress to the people whom we have sworn to protect from the harms of terrorism."

"I am optimistic that 2ID, together with the different agencies and LGUs in the region will be able to deal the enemies-of-the-state the decisive blows, while assuring our constituents of our firm resolve to win the peace will never waver despite continuously addressing an urgent task in containing the spread of corona virus," said MGen Almerol.

MGen Almerol ended his statement by lauding the former rebels "for choosing their families over the terrorists, for choosing peace over conflict and for choosing to be part of the solution that our country is facing" while reaffirming his soldier's commitment in fulfilling its mandate "as advocates of peace, servants of the people and defenders of Southern Tagalog."

Since the implementation of E-CLIP, the 2nd Infantry Division has already facilitated the surrender of 666 former rebels across Southern Tagalog. (PIA-4A/PA 2ID DPAO)