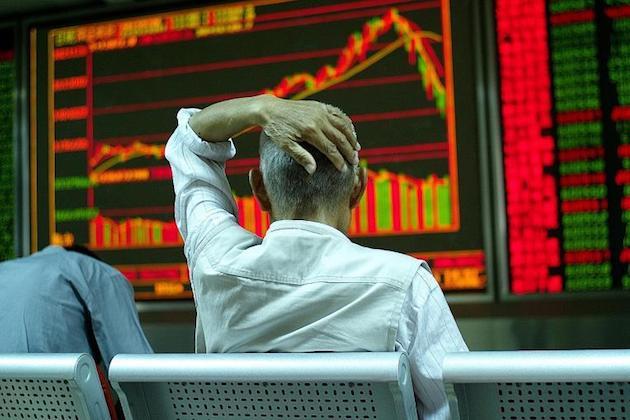 Indicative of the loss in confidence was a six percent drop in the price of oil.

Concerns over rising inflation which have gripped markets in recent weeks continue to take hold, despite concerns now for the economy.

On Monday U.S. President Joe Biden admitted inflation was a challenge and would be met by his administration. He said he had also instructed the Federal Reserve to take whatever steps are necessary to shore up the economy.

"I want to be clear, my administration understands that were we ever to experience unchecked inflation in the long term, that would pose a real challenge for our economy," he said.

"While we're confident that isn't what we're seeing today, we're going to remain vigilant about any response that is needed."

"The Fed is independent. It should take whatever steps it deems necessary to support a strong, durable economic recovery," Biden added.

The U.S. dollar starred on foreign exchange markets flooring the British pound, which fell to a five-month low. It last changed hands on Monday, towards the New York close, at 1.3666. The euro slumped to 1.1797. The Canadian dollar was unwanted at 1.2750. The Australian dollar continued its recent descent to slip to 0.7335. The New Zealand dollar was sharply lower at 0.6931.

The Japanese yen, and Swiss franc, no doubt due to their safe-haven status, made modest advances to 109.51 and 0.9182 respectively.