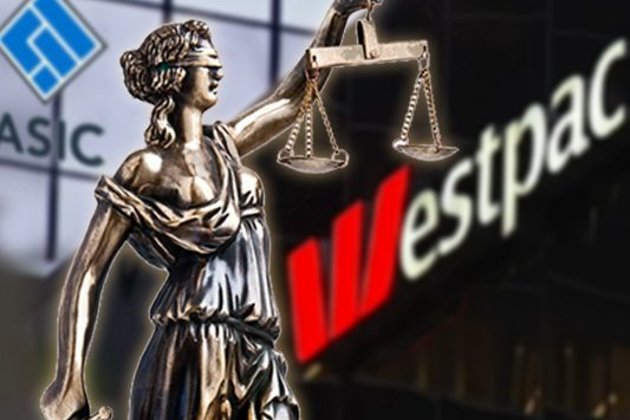 Westpac, one of the nation's most corrupt major companies, has been aggressively recruiting prosecutors, lawyers and investigators from among the corporate regulator's top brass, raising concerns the practice could further strangle its effectiveness.

Westpac also now employs Amber Rowland, who previously spent four years at ASIC, first as a senior lawyer, then as chief-of-staff to the then ASIC chairman Greg Medcraft.

Rowland's role as chief-of-staff included providing 'targeted advice to the chairman', providing 'input into the development of strategy', preparing 'high-level briefings and speeches' and delivering 'strategy across the organisation', according to her LinkedIn social media bio.

The former ASIC executive, who started at Westpac immediately after leaving the corporate regulator, is currently head of Strategy and Customer Experience at Westpac.

The story Westpac and 'The Australian' didn't want you to see

In 2018, 'The Australian' scuttled an expose which detailed serious and systemic wrongdoing by Westpac and its superannuation arm, BT.'

Former ASIC senior staffers now at Westpac include Anita Curatolo, who immediately prior to joining the bank spent nine years at ASIC as Senior Lawyer, Enforcement; David Quinn, who was formerly both a senior ASIC investigator and a Commonwealth Department of Public Prosecutions lawyer; and Lidia Agioski, formerly a Regulatory Enforcement Officer within ASIC's Market Integrity Enforcement and now Financial Markets Operational and Compliance Risk Manager at Westpac.

It appears Westpac is seeking to bolster its regulatory arsenal even further.

It is entirely legal for former ASIC employees, or employees of other government regulators, to work for the private sector.

But the scale of Westpac's poaching of key ASIC figures is raising eyebrows.

Not least because Westpac is one of the nation's most corrupt major corporates, having been subject to more regulatory action than almost any other company over the past five years.

In October, it was fined $1.3 billion - the biggest civil penalty in Australian history - for breaking anti-money laundering laws thousands of times and facilitating child rape.

It is currently facing major action for insider trading and has been forced to pay hundreds of millions to customers for a range of illegal activities, including overcharging on credit cards and charging customers for financial advice that was never delivered.

Despite being aware of the Westpac superannuation gouging scandal, ASIC failed to take any action resulting in the loss of billions in super funds.

The swelling of Westpac's ranks with former senior ASIC figures comes as ASIC is under mounting pressure to take substantive action against Westpac and its fully-owned subsidiary BT over the ongoing gouging of almost 1 million Westpac-BT superannuation accounts.

As revealed by The Klaxon, Westpac and BT gouged over $8 billion from superannuation customers over the decade to 2018.

The Klaxon formally alerted ASIC to the scandal in November last year, however it appears the regulator has taken little to no action.

That's despite the fact that the Westpac-BT gouging is ongoing and collectively costing Westpac-BT superannuation members millions of dollars every day.

As previously reported, the person at ASIC responsible for taking action is Jane Eccleston, who was formerly an in-house lawyer at Westpac.

ASIC declined to comment when asked whether it has taken any action to mitigate that possible conflict of interest.

Eccleston is currently the Senior Executive Leader of the Investment Managers and Superannuation team at ASIC which is 'responsible for ASIC's oversight of superannuation, managed funds and custodians', her bio states.

She was Corporate Counsel at Westpac from December 1993 to October 1996.

Despite a substantial amount of time having passed, governance experts said the circumstances around the Westpac-BT super gouging meant that it was incumbent on ASIC to be even more transparent and vigilant than would ordinarily be required.

That was to ensure there was no conflict of interest, either "real or perceived".

Westpac declined to comment when approached by The Klaxon.

Walter had also been Federal Prosecutor with the Commonwealth Director of Public Prosecutions in 2011 and 2012, according to his bio.

There, he had been responsible for conducting prosecutions in a range of areas, including 'Commonwealth fraud, financial crime [and] money laundering'.

Minzlaff joined Westpac straight from ASIC where she had been a Senior Lawyer in 'corporations and corporate governance enforcement'.

Earlier, Minzlaff had been responsible for 'regulatory investigations' at ASIC where she held the role Lawyer, Enforcement (Market Integrity and Corporations and Corporate Governance), according to her bio.

It is Minzlaff to whom the successful applicant in Westpac's advertisement for Executive Manager, Regulatory Relationships - ASIC, will report.

Westpac Senior Manager David Quinn, who specialises in 'financial crime, compliance and conduct' at the bank (as well as working as a lawyer and investigator at ASIC for six years and spending over five years with the Commonwealth Director of Public Prosecutions) has also been a lawyer with the AFP, according to his bio.

Anita Curatolo's bio states that she is 'highly experienced in regulatory investigations/matters and litigation', having joined Westpac in June 2015 as Lawyer, Regulatory Investigations and Litigation.

Curatolo is currently 'legal stream lead - AUSTRAC matters', according to her bio.

It was AUSTRAC, the nation's "financial intelligence unit" that took action against Westpac under anti-money-laundering laws, leading to its record $1.3 billion fine.

According to her bio, at ASIC, Curatolo 'provided legal advice to, and conducted litigation on behalf of, ASIC in relation to breaches of the Corporations Act'.

Westpac has continually failed to answer questions about the extent of its short-changing of customers through its superannuation entity BT, writes Anthony Klan.

Haynes has been Senior Manager, Consumer Incidents Compliance at Westpac since February last year and before that was Westpac Executive Manager, Whistleblower Governance.

Westpac also appears to have been bringing in former ASIC muscle on a temporary basis.

Lawyer Rachele Troup, an Associate in Disputes and Investigations at law firm Allens has, according to her bio, been working as a 'secondee' at Westpac since April last year.

Troup, an 'experienced lawyer with a demonstrated history of working in financial services regulation', had been a lawyer at ASIC in its financial services enforcement team from February 2015 to September 2018, according to her bio.

Between 2007 and 2014, he had been Financial Services Lawyer in ASIC's Investment Managers and Superannuation Team, according to his bio.

Also at Westpac is Kate Fowler, who has been with the bank since January as Head of Business Assist.

Between August last year and January, Fowler had been working full-time at ASIC, where she worked on 'secondment' from the Australian Taxation Office, her bio states.

We asked ASIC whether it had any concerns about so many of its senior workers being snapped up by Westpac.

Anthony Klan is an investigative journalist and editor of The Klaxon. You can follow him on Twitter @Anthony_Klan.