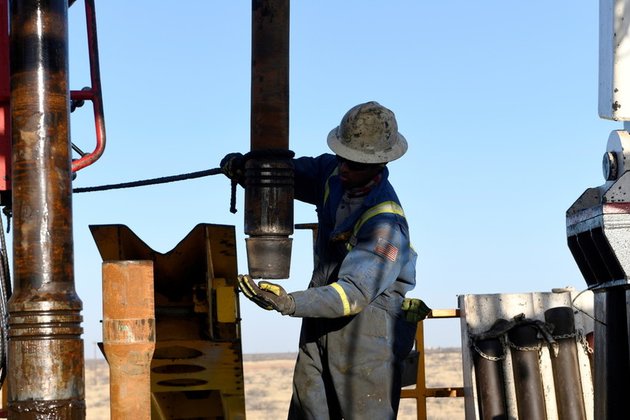 US President Joe Biden will apparently allow new leasing of federal lands for oil and natural-gas exploration, though with new restrictions and higher fees on producers, rather than fulfill a campaign promise to halt drilling.

The US Department of Interior issued a long-awaited report on the government's minerals leasing programs on Friday, recommending that new sales be limited to areas where oil and gas infrastructure already exists. While the plan would prevent opening up new drilling frontiers, such as the Atlantic Seaboard, it allows oil companies to lease new exploration prospects near established fields in places such as the Gulf of Mexico.

Other recommendations include demanding increased royalty payments from oil companies, as well as higher bond payments set aside to cover future cleanup costs.

"Our nation faces a profound climate crisis that is impacting every American," Interior Secretary Deb Haaland said in a statement. "The Interior Department has an obligation to responsibly manage our public lands and waters - providing a fair return to the taxpayer and mitigating worsening climate impacts - while staying steadfast in the pursuit of environmental justice."

Biden had already raised the ire of environmental activists earlier this month, when his administration went through with a record offshore lease sale just days after the president spoke at the COP26 summit in Scotland, calling climate change an "existential threat to human existence" and demanding "transformative action."

Interior tried to blunt criticism of its massive Gulf of Mexico lease sale by saying that it was forced to go through with the previously planned auction because of a court order. Haaland's deputy Tommy Beaudreau called the sale of 80 million acres "part of the legacy system that we're here to reform."

Haaland said on Friday that the administration will prioritize leasing in areas with "known resource potential" and avoid allowing new drilling that "conflicts with recreation, wildlife habitat, conservation and historical and cultural resources."

Interior didn't specify areas where federal lands will be kept off limits to drilling, but established exploration and production areas - such as the Gulf of Mexico and the Permian Basin of Texas and New Mexico - will clearly remain open for leasing. The administration in August announced plans for a lease sale in New Mexico. Other lease sales are proposed in such states as Wyoming, Colorado and Montana.

Biden campaigned on pledges to end new drilling on federal lands and ordered a pause on new leases shortly after taking office in January. But the president has faced criticism in recent months over soaring gasoline prices, which prompted him to announce a release of 50 million barrels of oil from the government's Strategic Petroleum Reserve earlier this week.

The Center for Biological Diversity called Friday's Interior Department report "pathetic and disappointing," as well as an abandonment of Biden's campaign promise.

"Today's report is a complete failure of the climate leadership that our world desperately needs," said Kassie Siegel, director of the center's Climate Law Institute. "It presumes more fossil fuel leasing that our climate can't afford."