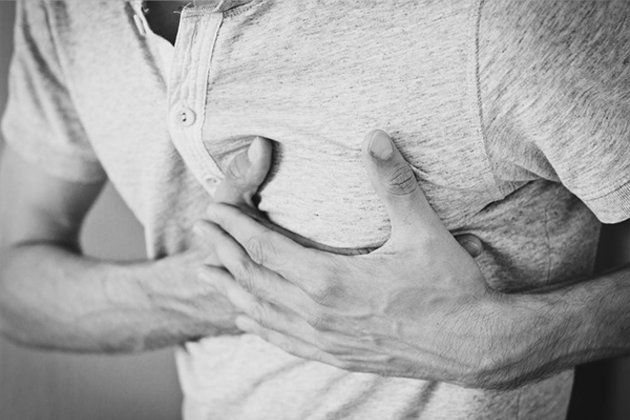 "Women with premature menopause should be aware that they may be more likely to develop heart failure or atrial fibrillation than their peers," said study author Dr Ga Eun Nam of Korea University College of Medicine, Seoul, Republic of Korea. "This may be good motivation to improve lifestyle habits known to be linked with heart disease, such as quitting smoking and exercising."Cardiovascular disease typically occurs up to 10 years later in women than men. Premenopausal women are thought to benefit from oestrogen's protective effect on the cardiovascular system. The cessation of menses and subsequent decline of oestrogen levels may make women more vulnerable to cardiovascular disease.

Premature menopause affects 1 per cent of women under the age of 40 years. Prior studies have found a link between premature (before age 40) and early (before age 45) menopause and cardiovascular disease overall, but the evidence for heart failure or atrial fibrillation alone is limited.

This study examined the associations between premature menopause, age at menopause, and incident heart failure and atrial fibrillation. Data were obtained from the Korean National Health Insurance System (NHIS), which provides health screening at least every two years and includes 97 per cent of the population.

The study included 1,401,175 postmenopausal women aged 30 years and older who completed the NHIS health check-up in 2009. Participants were followed up until the end of 2018 for new-onset heart failure and atrial fibrillation. Information was collected on demographics, health behaviours and reproductive factors including age at menopause and use of hormone replacement therapy (HRT).

Age at menopause was categorised as below 40, 40 to 44, 45 to 49, and 50 years or older. Premature menopause was defined as having the final menstrual period before the age of 40 years.

Some 28,111 (2 per cent) participants had a history of premature menopause. In these women, the average age at menopause was 36.7 years. The average age at study enrolment for women with and without a history of premature menopause was 60 and 61.5 years, respectively. During an average follow-up of 9.1 years, 42,699 (3.0 per cent) developed heart failure and 44,834 (3.2 per cent) developed atrial fibrillation.

The researchers analysed the association between history of premature menopause and incident heart failure and atrial fibrillation after adjusting for age, smoking, alcohol, physical activity, income, body mass index, hypertension, type 2 diabetes, dyslipidaemia, chronic kidney disease, coronary heart disease, HRT, and age at menarche. Women who experienced premature menopause had a 33 per cent higher risk of heart failure 9 per cent higher risk of atrial fibrillation compared to those who did not.

Similarly, the risk of incident atrial fibrillation increased as the age at menopause decreased, with 4 per cent, 10 per cent, and 11 per cent higher risks for those aged 45 to 49, 40 to 44, and under 40 years at menopause, respectively, compared with women aged 50 years and above at menopause.

The authors said that several factors may explain the associations between menopausal age, heart failure and atrial fibrillation, such as the drop in oestrogen level and changes in body fat distribution.

Dr. Nam concluded: "The misconception that heart disease primarily affects men has meant that sex-specific risk factors have been largely ignored. Evidence is accumulating that undergoing menopause before the age of 40 may increase the likelihood of heart disease later in life. Our study indicates that reproductive history should be routinely considered in addition to traditional risk factors such as smoking when evaluating the future likelihood of heart failure and atrial fibrillation." (ANI)