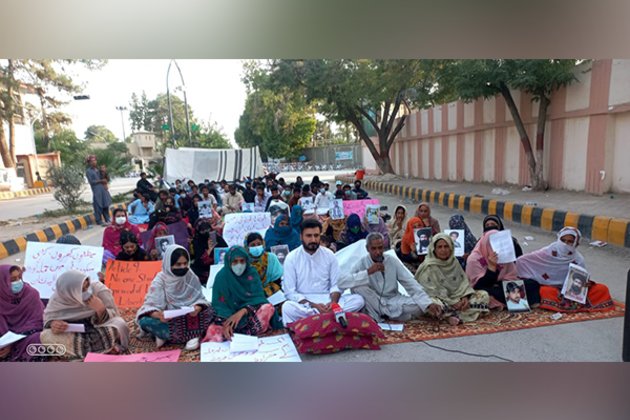 Not a single month where human rights violations are not reported. The Pakistani establishment, who are identified as the main perpetrators of abuses, face zero accountability, reported International Forum For Rights and Security (IFFRAS).

On July 16, nine suspected terrorists were killed along with a soldier during an operation against the killers of Lt Col Laiq Baig Mirza, an army officer who was kidnapped while travelling to Quetta from Ziarat along with his cousin, Umer Javed. The bodies of Lt Col Mirza and Javed were found along the Harnai-Ziarat border.

According to the Inter-Services Public Relations (ISPR), five of the nine terrorists belonged to the proscribed Baloch Liberation Army (BLA).

Sadly, families of the Baloch missing persons have been sitting continuously outside Balochistan's Chief Minister and Governor's house in Quetta against the alleged fake encounters of nine, which later increased to 13 missing persons. Families also allege that they were warned to secretly bury the bodies.

On the other hand, BLA denied the claims saying that if any single fighter of the organisation was among those killed ones, they would have "proudly endorsed them".

Widespread protests are taking place for the past few weeks against missing persons reportedly in fake encounters in the Ziarat district of northern Balochistan, reported IFFRAS.

Pakhtunkhwa Milli Awami Party (PMAP) said that despite a legal and constitutional government in the country people are illegally and forcefully missed and then killed in fake encounters.

Enforced disappearances are used as a tool by Pakistani authorities to terrorize people who question the all-powerful army establishment of the country or seek individual or social rights.

The report suggests that it is a crime that is often used by the authorities to get rid of people that are considered a "nuisance" without any arrest warrant, charge or prosecution, reported IFFRAS.

The victims of these abductions, who are often youth, women, children, and elderly, are described by Amnesty International as people "who have literally disappeared."The organisation states that the authorities grab the victims from the streets or their homes and later refuse to say where they are. The forceful abductions are being carried out in Balochistan since the early 2000s. Students are often the most targeted section of these abductions.