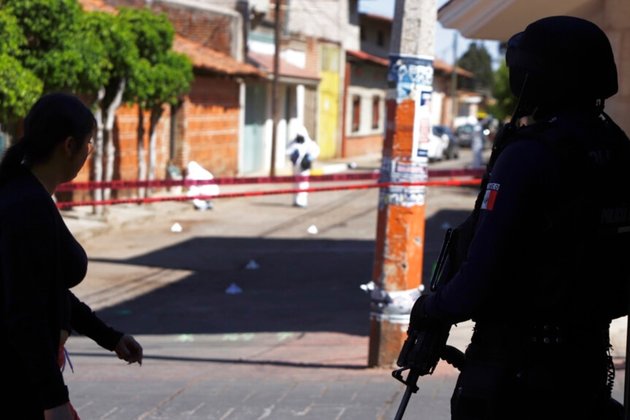 A U.S. judge on Friday dismissed Mexico's $10 billion lawsuit seeking to hold U.S. gun manufacturers responsible for facilitating the trafficking of a deadly flood of weapons across the U.S.-Mexico border to drug cartels.

The decision by Chief Judge F. Dennis Saylor in federal court in Boston is a victory for Smith & Wesson Brands Inc, Sturm, Ruger & Co and others accused of undermining Mexico's strict gun laws by designing, marketing and selling military-style assault weapons that cartels could use.

Mexico said it would appeal the decision.

'This suit by the Mexican government has received worldwide recognition and has been considered a turning point in the discussion around the gun industry's responsibility for the violence experience in Mexico and the region,' Mexico's foreign ministry said in a statement.

'While the court has considerable sympathy for the people of Mexico, and none whatsoever for those who traffic guns to Mexican criminal organizations, it is duty-bound to follow the law,' Saylor wrote in a 44-page decision.

Representatives for the companies either declined to comment or did not respond to requests for comment. Lawrence Keane, the general counsel of firearm industry trade group National Shooting Sports Foundation, welcomed the dismissal of the 'baseless lawsuit.'

'The crime that is devastating the people of Mexico is not the fault of members of the firearm industry, that under U.S. law, can only sell their lawful products to Americans exercising their Second Amendment rights after passing a background check,' he said.

In its August 2021 complaint, Mexico estimated that 2.2% of the nearly 40 million guns made annually in the United States are smuggled into Mexico, including as many as 597,000 guns made by the defendants.

Mexico said the smuggling has been a key factor in its ranking third worldwide in the number of gun-related deaths. It also claimed to suffer many other harms, including declining investment and economic activity and a need to spend more on law enforcement and public safety.

But the judge said Mexico could not overcome a provision in a U.S. law, the Protection of Lawful Commerce in Arms Act, that shields gun makers from lawsuits over 'the harm solely caused by the criminal or unlawful misuse of firearm products ... by others when the product functioned as designed and intended.'