The insidious take-over of Mexico's police 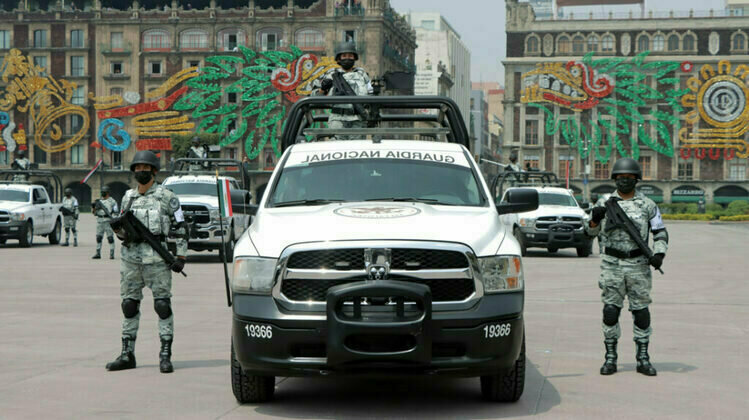 Disorganised attempts to improve policing in Mexico have led to the slow creep of the army and skyrocketing murder rates.

On 31 August 2022 in Nuevo Laredo Tamaulipas, Mexico, Heidi, a four-year-old girl, complained of stomach-ache. It was approximately 10pm when her nanny Graciela decided to drive her and her seven-year-old brother Kevin to the hospital. During the drive, Graciela noticed soldiers on the road, but as that's common in Mexico, she continued on her way. Suddenly, it sounded as if the car was being hit by hail. When Graciela turned to check the children, Heidi was dead and Kevin injured.

Apparently, the soldiers thought that the car contained a group of criminals, instead of a nanny with a pair of children, just because it had tinted windows. Despite evidence, such as the calibre of bullet recovered from Heidi and Kevin, the army refused to acknowledge responsibility. They blamed a criminal group they were targeting at the time.

The most alarming part of this story is that it is not an exception. In recent years in Mexico, hundreds of similar tragedies have occurred.

The army, and later the marines, were deployed in states of Mexico with high levels of organised crime. The army's role in policing expanded from there. The president decided to use the armed forces because Mexican police had a bad reputation for lack of competence and high levels of corruption.

During the presidential period of Enrique Pena Nieto (2013-2018), the army slightly reduced its deployment during the three first years, but then restarted and continued with more intensity. Nowadays with current president Andres Manuel Lopez Obrador there is almost double the number of soldiers as when the war on drugs started.

Despite the military intervention, the violence has not ceased. In fact, homicides have reached record highs. Studies have linked the deployment of the military to the increasing homicides and shown the army disproportionately uses lethal force during clashes with criminal gangs. In other words, the soldiers have killed people without clear justification.

Some specialists, such as political scientist Andreas Schedler, have described the war on drugs in Mexico as a non-international armed conflict or a civil war driven by economic rather than political interests.

Military personnel are now in leading positions in police institutions. Training in the use of firearms, self-defense, and strategies against ambush is conducted by military instructors. And police institutions have acquired military vehicles such as Israeli SandCats and use semi-automatic rifles for daily police routines.

When Andres Manuel Lopez Obrador became president, the expectation was that his government would return the soldiers to their barracks and strengthen police institutions. However, the direction that he took was in fact the opposite.

Local police forces saw their funds significantly reduced, affecting their ability to be trained, paid professional police officers. The Federal Police was dissolved, and the National Guard was created. It is made up of current soldiers (70 percent) and a lesser proportion of police officers from the former Federal Police (30 percent). According to Mexican law, the National Guard is a civil institution that responds to the Secretaria de Seguridad y Proteccion Ciudadana, a civilian secretariat. But in practice, the National Guard is an institution under the control of the army. Its commander is a general from the Mexican army. A directive to formally transfer the administrative and operative control of the National Guard to the army was approved at the beginning of September.

Today in Mexico at federal level no civil institution exists to serve and protect Mexican citizens.

At the same time, the Secretaria de la Defensa Nacional (Ministry of Defence) expanded. President Obrador has given it scope to develop megaprojects like the new international airport and the Maya train and intervene in social policy and environmental protection. As a result, the budget of the Ministry of Defense has significantly increased in recent years.

The Mexican senate is now discussing an initiative to extend the period that the army are deployed in domestic policing to 2029. The deadline was supposed to be in 2024 but, like with the previous governments, the view seems to be that with more time and more resources, the army could pacify Mexico. Despite this being contrary to the empirical evidence.

Mexico is witnessing a slow-moving, insidious take-over by the military. None of this was the result of a clear policy to militarise police institutions. Rather, it has been the result of disorganised efforts to try to build capacity in the police forces, mainly at the state and federal levels, to fight criminal groups.

The trend is shared by many countries in the region including Honduras, El Salvador, and Brazil. However, there are others that offer hope for a new direction. Colombia's new president is seeking to reduce the military budget and demilitarise the national police, transferring it from the Ministry of Defence to the Ministry of Peace and Security. It's early days, but at least on paper the proposal looks to be a direction that Mexico could learn from.

Sergio Padilla Onate is a professor at Faculty of Political and Social Sciences, National Autonomous University of Mexico. He tweets @SergioPO85. He declares no conflict of interest.

The post The insidious take-over of Mexico's police appeared first on 360.