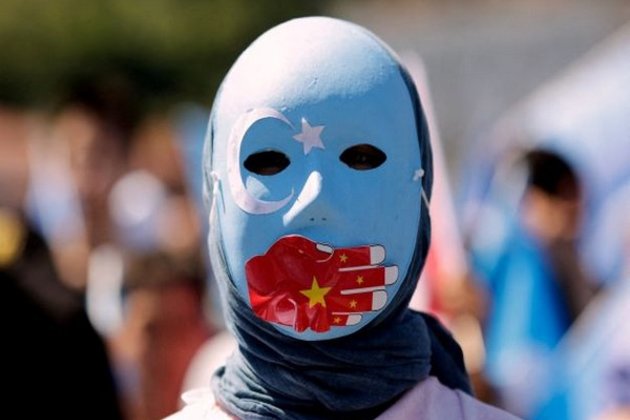 Beijing [China], January 25 (ANI): Many of the Uyghur camps in China's Xinjiang have been converted into formal prisons and the detainees have been given lengthy prison sentences, US-based magazine Foreign Affairs reported.

According to Foreign Affairs, many detainees have been transferred from camps to factories in Xinjiang or elsewhere in the country. Some Uyghur families abroad report that their relatives are back home but under house arrest.

Under the guise of a poverty alleviation campaign, Beijing has been forcing tens of thousands of rural Uyghurs out of their villages and into factories.

The Communist Party of China (CCP) criticised and restricted the use of the Uyghur language, prohibited Islamic practices; razed mosques, shrines, and cemeteries; rewrote history to deny the longevity of Uyghur culture and its distinctiveness from Chinese culture; and excised Indigenous literature from textbooks.

According to Foreign Affairs, the infrastructure of control that made southern Xinjiang look like a war zone a few years ago, intrusive policing, military patrols, and checkpoints, is less visible now. But that is because digital surveillance systems based on mobile phones, facial recognition, biometric databases, QR codes, and other tools that identify and geo-locate the population have proved just as effective at monitoring and controlling local residents.

An Uyghur man, Jamal, in a recent interview with Washington, D.C. based radio network Voice of America (VOA), said that the Chinese policy on passports in Xinjiang is to not let anyone cross borders and to keep everyone intact inside the region, Switzerland-based Geneva Daily reported.

Jamal in the interview made it clear that China does not issue new passports to the Uyghurs. Uyghurs do not speak to the media even after leaving China due to the fear of retaliation by Chinese authorities, he said.

According to Jamal, the Chinese authorities were pressurised into returning his passport as his wife is a foreigner.

He said that any Uyghur passport holder needs to be able to present a consent document from the provincial authorities at any customs post in China.

"If an Uyghur person has a valid Chinese passport and a visa to go to a certain country but doesn't have that government consent document, customs won't let them cross the border," he told VOA, The Geneva Daily reported.

On presenting a Chinese ID, passport and consent document to the customs officers, an Uyghur is taken to a specially designated place for Uyghurs. His/her documents are then authenticated by the police authorities, he said. (ANI)