Orange festival in Nagaland marks the harvest of organic fruits 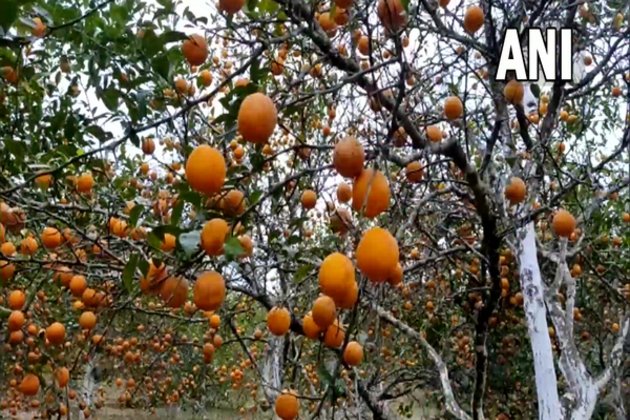 Kohima (Nagaland) [India], January 25 (ANI): The third edition of a two-day Orange festival has been organised from 24 to 25 January in Nagaland's Rusoma village to mark the harvest of organic oranges in the district.

The festival which displayed the harvested organic oranges from the village, as well as handicrafts, was inaugurated by K. Neibu Sekhose, the Additional Director of the Department of Rural Development in Nagaland.

Rusoma Village is situated about 8 kilometres from the state's capital and cultivates pure organic oranges, leading to the celebration of the Orange festival.

Spokesperson of the festival, Kekhrie Pfukha said that orange harvest was less this year owing to the change in climatic conditions.

Explaining the orange cultivation in the village, Pfukha said, "Rusoma village is blessed with fertile soil, hence best for orange cultivation. Around 70 hectares of land, owned by 50 families are being used for the cultivation of organic orange.""The village generates an annual income of over 40 lakhs. A single orange tree bears 4,000 to 5,000 fruits," he added.

Maintaining that this year's harvest has not come up to the mark unlike the previous years, Pfukha assured that the Oranges are 100 per cent organic, hoping that in the next 5 to 10 years, the annual income generation will cross Rs 4 to 5 crores.

A local farmer, Neinuo told ANI, "Orange plantation is not an easy venture and needs lots of hard work and dedication. After planting the orange saplings, it has to be looked after two to three times a year, as pests destroy the plant, yielding small and less fruits. This year's harvest is less compared to previous years." (ANI)